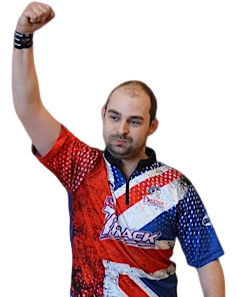 The 2010’s era of of Tenpin Bowling in the UK saw growth continue to falter as the decade progressed and complicated with emergence of String bowling machines.  Centres including the famous Airport Bowl converting to these new machines. The British National Association reacting by including sanctioning for the new code of bowling.

On the lanes Dominic Barrett cemented his place as the greatest UK bowler of all time with World, PBA and International titles and Team England went past 300 medals won at major championships. This became the greatest ever era for PBA titles as Dom Barrett, Stuart Williams, Paul Moor and Richard Teece all collected wins.

And on the international scene, as well as EBT wins for UK players and Senior wins in Europe we continued to collect medals in major championships to go past 300 won to 311 as of today.

This is not all of course and more wins from this era are recorded on the records pages including the many medals won at Junior levels. 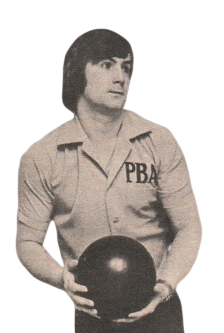 As we have reached the end of another decade, we now have records from 6 decades of tenpin bowing in the UK. Whist we still have some gaps in our records these are of a minor nature and will only have a small effect on the overall rankings. It is important for the history of our sport and for completeness that we continue to try and fully complete our records so any information will be appreciated.

Tenpin Bowling in the UK has grown over the years and the opportunities afforded to the different era’s varied over time. The following table reflects the changes in records we have and the reflects the way tenpin bowling has advanced over the years.

Bearing this in mind the top Bowler of the different decades are as follows:

The latest V6 Overall Rankings are now included below.

This latest version of the UK Tenpin Hall of fame database has included the following updates:

Updates to a number of individual records, thanks everyone who has taken the time to check their records.

We have added just 11 new players making a total of 1017 now on our database.

We now have 5105 results entries an increase of 101 from last time.

The database does not at this stage include Inter County results as these are being research by ourselves and the BTBA. We will be publishing shortly what we have for the Inter Counties and again would ask for your help in filling in the details.

Please check your individual record and let us have any further information or corrections you think are applicable. Updates to personal details and a new picture are also welcome.

One of our main aims is to integrate the database with our web site so that you, the user, can interrogate the database yourselves. Currently we do not have the technical knowhow to do this and would ask any bowler if they can help us or know someone who can. We may be able to acquire some limited funding for this project so if you are interested can you contact David Grainger on gravedanger300@aol.com. The database is built in Access and the website in Word Press.