The UK Tenpin Hall of Fame will be keeping records of some results from String events. These will include National records in sanctioned play and any home nation Opens and International events and ranking events played on this form of bowling. Results will always be denoted with (STRING) and kept separate from traditional records.

We’ve just suspended bowling here at the Airport for a month and a few bowlers have been going ballistic of late.
Stuart Fripp has smashed the high series record with an 830.
Sarah Hood equalled the Ladies series on 729, set a new 6 game record for Ladies on 1,386 and been taking regular pot-shots at a 300 game.
But last night the RBS Pro Shop team blitzed it with a team high series of 2,943.
This surpasses the UK record high series as listed on the BTBA site (2,933).
See above – the bowlers are Peter Moore, Guy Lipscomb, Alan Keddie & Robert Bruce. 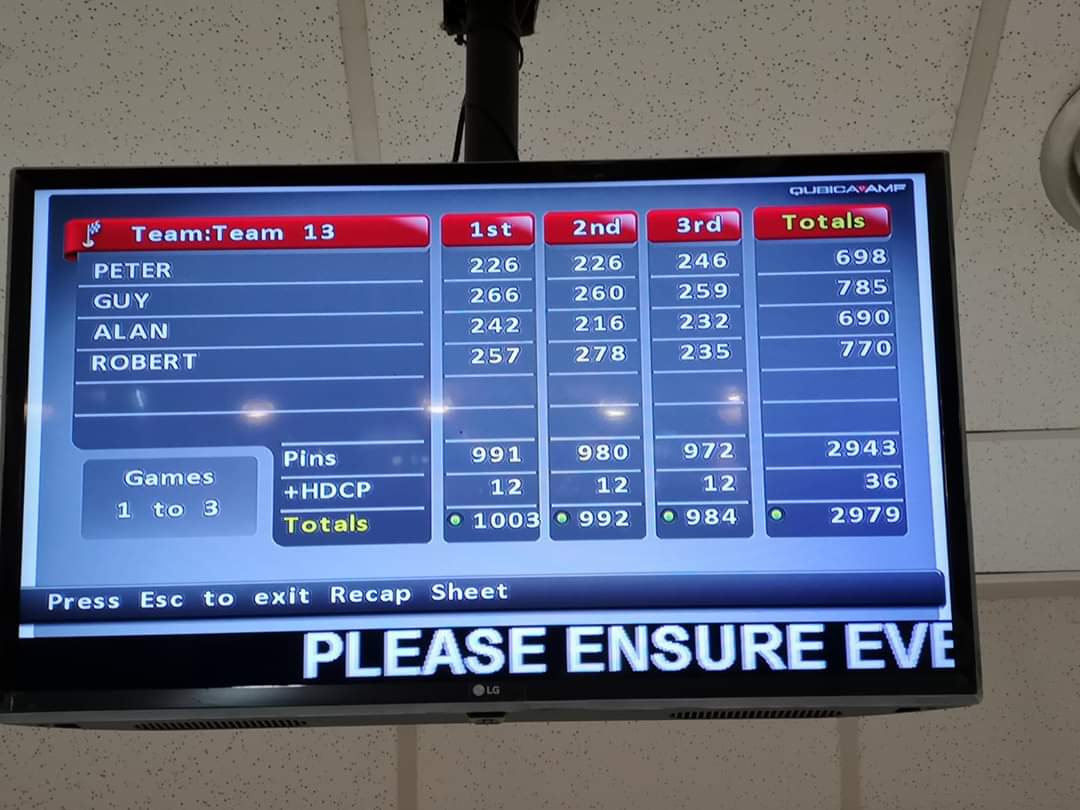 Paul Pasion in his final game in the Horlicks Marshall 4-person league at the Airport Bowl, rolled the first sanctioned male 300 on Tuesday 15th January and claiming a cool £1000 from the BTBA with £1000 still up for grabs for the first female sanctioned string 300.