Located in West Warley, a district to the north-west of central Birmingham. The Warley Cinema was planned to be part of the Sydney Clift chain of Clifton Cinemas. However, in the early stages of planning Oscar Deutsch became involved and it became part of his chain of Odeon Theatres Ltd. For one reason or another it was named The Warley Cinema, rather than with the usual Odeon name, and opened on 22nd December 1934. The Warley Cinema stood at the major road intersection of Hagley Road West and Wolverhampton Road, which was considered the ‘Gateway to the Black Country’. 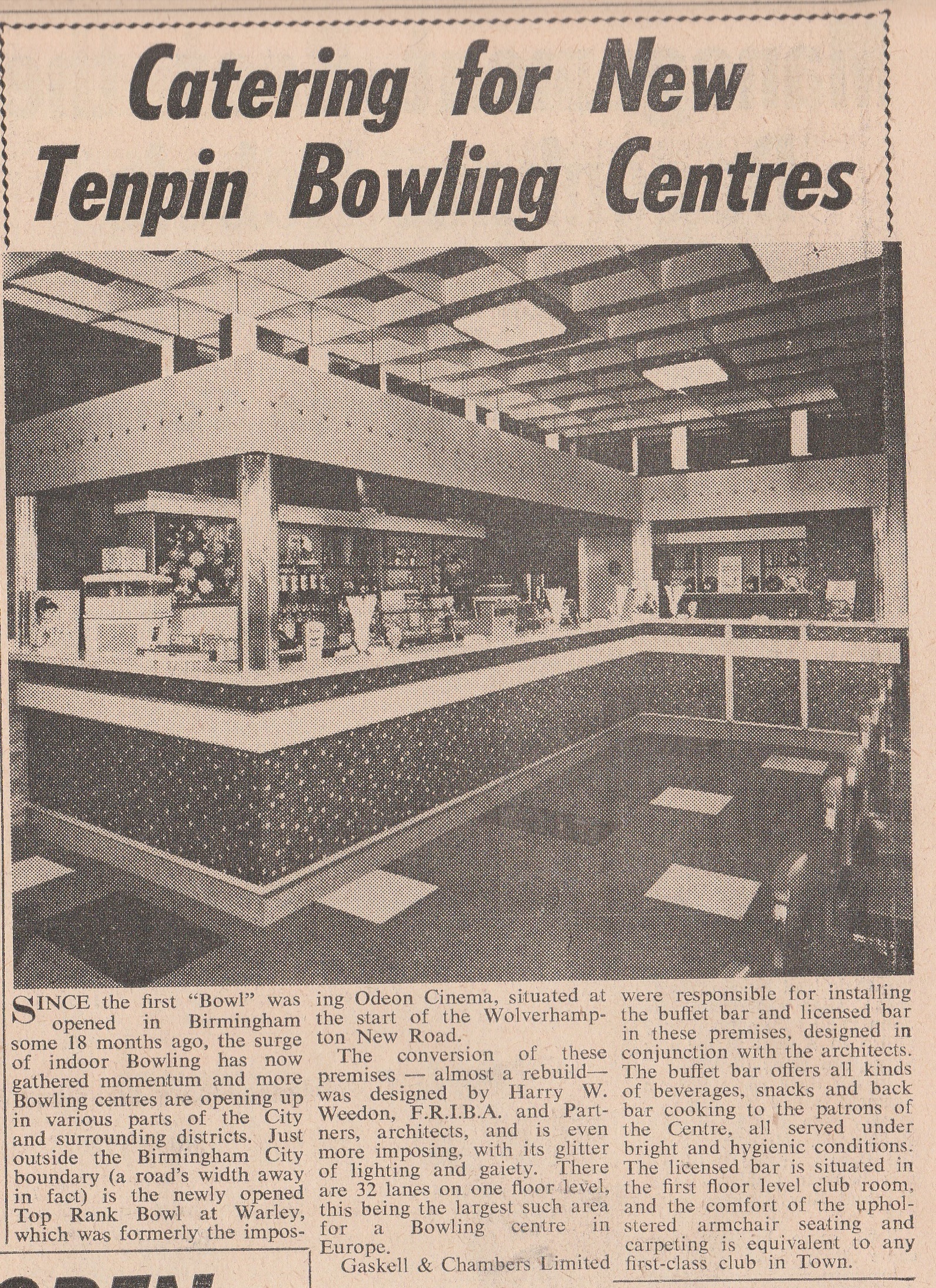 The Cinema was re-named Warley Odeon in 1935 and later still it became the Odeon. The cinema was closed by the Rank Organisation on 25th November 1961 and converted to a Top Rank Bowling centre, known as the Warley Bowl, it operated throughout the 1960’s. It was closed on 29th April 1970.